It was supposed to be the most anticipated live event in Kenya this year – the 2017 Presidential Debate. 2 of them were to be staged,
with the first happening this coming Monday (July 10) at Catholic University of Eastern Africa.

However, plans were thrown into disarray yesterday after both Jubilee and NASA announced that their respective presidential candidates would not be attending. Jubilee was first to make the announcement, stating that they were not consulted in the planning and scheduling of the event. “We are not even aware of the rules of engagement. So let them do it without him,” Jubilee Vice Chairman David Murathe said.

Nasa quickly followed suit, saying that Raila would also not be attending the debate in its current format. They however left the window open urging President Uhuru ”to be open to debating Raila on issues affecting Kenyans in the present circumstances.”

Organizers of the debate have announced two debates on the same day. The first is reserved for candidates polling above 5% nationally, and another for everyone else. They will commission an opinion poll one week before the debate (this week). This format has however been opposed by the other candidates, particularly Abduba Dida who has filed a case demanding the cancellation of the debate if all candidates will not be included on the same stage.
Debate Media Limited, the company organizing the debates, is fighting back the discrimination suit, saying that compared to the US where candidates must poll 15%, they are in fact very lenient. The ruling is expected on Friday.

Judging by Uhuru and Raila’s statements, it is almost guaranteed that they will not show up if any other candidate is included.
Abduba Dida has come under attack from Kenyans for ‘doing nothing’ for 5 years, sitting pretty during campaign season, and only waiting for the debate to throw a few jokes and one liners. In 2013, that strategy worked quite well. The results saw him finish in position 5 defeating even Martha Karua.

See also  PSC has no powers to demote me! – Defiant CS MAGOHA insists he only Answers to President UHURU

Despite this turn of events, Debate Media Limited has announced that the debate will still go on as planned. In a statement yesterday, they denied the claims that they have not been consulting presidential candidates, saying they were well informed even before the announcement was made in May. They however said that they will be reaching out to the two campaign teams for clarifications. Here’s their statement signed by Wachira Waruru.

There is still a likelihood that both Uhuru and Raila will show up. In 2013, Uhuru said the same thing but still made an appearance.

According to court documents, Debate Media lists financial loses as part of the reasons the court should allow the debate to continue as planned. According to them, they stand to lose Sh200 million in advertising revenue. This is on top of Sh100 million that has gone into the planning, including hiring the venue, and constructing the stage and podiums.

So, how does a Sh100 million stage look like? Here are the first pictures from CUEA. 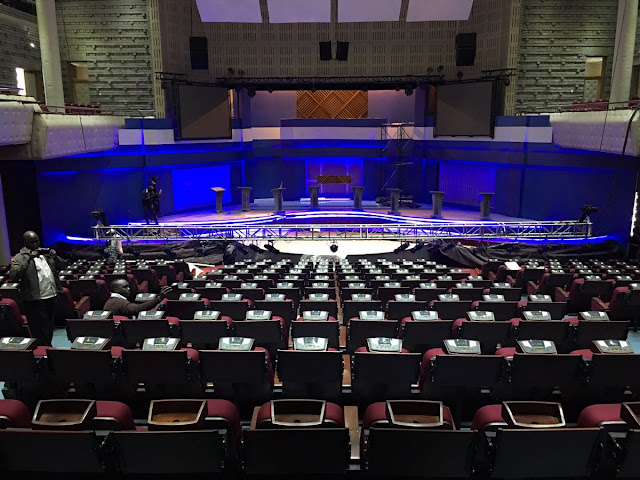 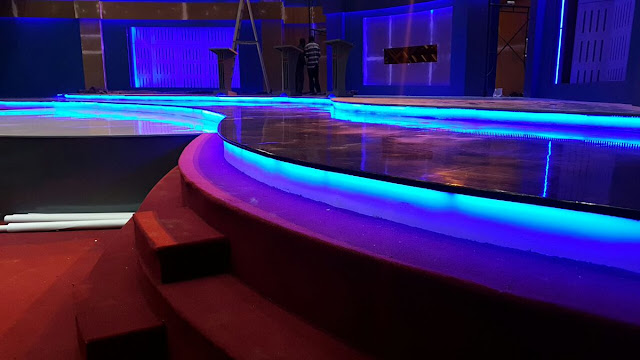 Maina Kamanda, has claimed that President Uhuru Kenyatta is among guests who will attend former primer Raila Odinga’s Azimio La Umoja meeting at Kasarani Stadium on Friday. The publicized event will endorse Raila Odinga as the Orange Democratic Movement (ODM) Presidential flag bearer in 2022. Tending to journalists outside Kasarani Stadium on Tuesday, Maina, who […]

A Kwale court has given a warrant to arrest Nyali Member of Parliament Mohamed Ali over a surety he stood for a terror suspect. This was after the said suspect Noordin Hassan Abdallah aka Kamanda failed to show up in court on October 4 and November 1. The MP had before been summoned to court […]

The party leader of Kenya’s independence party KANU Mr Gideon Moi who is also the Baringo county senator has been touted many times as a possible running mate to ODM party leader Raila Odinga with his name coming out predominantly in the last few weeks. However, Gideon Moi has officially withdrawn from any consideration to be running mate for Raila […]

Posted on February 9, 2023 Author kennedy Comments Off on What Clever Matiang’i Secretly Did On Realizing There Was Police All Over His Compound

A lot has been said following yesterday’s night raid in Matiangi’s compound. It was reported that the great president William Ruto’s CS received news that police officers had been sent to his compound with unclear reason. At this moment, he was yet to arrive but a number of Cabinet Secretaries from previous regime immediately rushed to Matiangi’s compound. […]

Posted on February 9, 2023February 9, 2023 Author kennedy Comments Off on ‘I Knew Something was Wrong’ Magoha’s Wife Reveals His Last Words Just Before He Died

Posted on February 9, 2023February 9, 2023 Author kennedy Comments Off on ‘I Knew They Were Coming’ Matiangi Says After Elite Police Officers Raided his Home
gossips

Kumkum Bhagya will see a major twist as the show leaps forward by 20 years. A lot is in store for the viewers with the upcoming track.Pragya and Abhi’s life takes a shocking turn as they lose their daughter Kiara. Nikhil, who had kidnapped their daughter during Pragya’s baby shower; drowns in the river along with Kiara. During […]

Billions KALONZO has demanded from UHURU and RAILA to join the Azimio La Umoja Movement -SHOCK!!!!

Pupil Storms School With A Knife; Threatens To Kill Himself And Anyone Stopping Him, Commits Suicide Later (Video).

George Magoha Last Moment With Wife, Daughter-in-law and Son Before Passing Away

A lot has been said following yesterday’s night raid in Matiangi’s compound. It was reported that the great president William Ruto’s CS received news that police officers had been sent to his compound with unclear reason. At this moment, he was yet to arrive but a number of Cabinet Secretaries from previous regime immediately rushed to Matiangi’s compound. […]

The nation is still mourning the late George Magoha. The former Education Cabinet Secretary died after he collapsed at his home on January 24th 2023. His burial is scheduled to take place coming Saturday, 11th February 2023 at his rural home in Siaya County. Today, his body lies at the Consolata Shrine where a requiem mass is ongoing ahead of his […]

Former Interior Cabinet Minister Fred Matiangi on Wednesday night was on the verge of being arrested. This is after a dozen of armed elite police officers raided and surrounded his Karen home. The officers attempted to arrest him but unfortunately the plan did not work out. Immediately after the news surfaced, former prime minister Raila Odinga made way to Matiangi’s […]

Kumkum Bhagya will see a major twist as the show leaps forward by 20 years. A lot is in store for the viewers with the upcoming track.Pragya and Abhi’s life takes a shocking turn as they lose their daughter Kiara. Nikhil, who had kidnapped their daughter during Pragya’s baby shower; drowns in the river along with Kiara. During […]

Actor Davis Mwambili, better known as Inspekta Mwala, has been a familiar face on our TV screens since the 1990s when he starred in the popular local show Vitimbi. Today, he is known for his role as a police inspector in the local production of the same name. Aside from his comedic talent, Inspekta Mwala […]